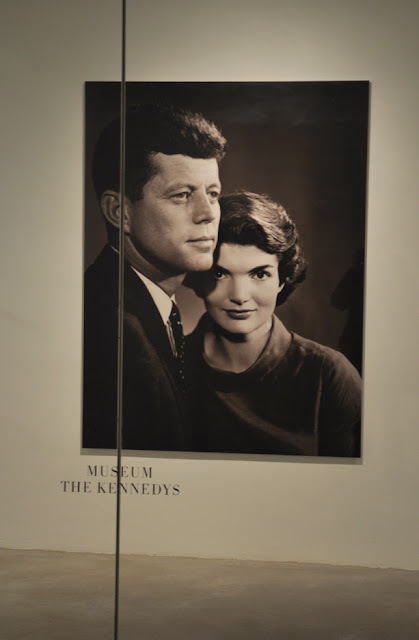 The collection of the museum THE KENNEDYS


The collection »THE KENNEDYS« of the CAMERA WORK AG is one of the world's most comprehensive compilations of photographic work, official documents, private documents, and memorabilia of the Kennedy family. In 2004, its first presentation worldwide took place in the rooms of the Berlin CAMERA WORK gallery at 149 Kantstrasse. The extensive response in the media and the impressive confirmation by the stream of international visitors as well as the people living in Berlin resulted in the desire for a fitting follow-up exhibition which ensued upon the request of the mayor of Rome. The newly re-elected mayor Veltroni, who has published articles about the Kennedys and has been closely connected to them, supported the »THE KENNEDYS« exhibition organized by CAMERA WORK and DRAGO Arts. In April of 2005 it took place in the Temple of Hadrian in the ancient centre of Rome. There, CAMERA WORK showed 700 photographs, selected exhibits from the original property of the family - such as JFK's black suitcase by Hermès, his leather trunk, and his personal stamp - and original documents from his private and professional life. In addition to the Roman mayor and other notables of the city, the opening of the Rome exhibition was attended by Kerry Kennedy and other members of the family as well as the American ambassador to Rome, Mel Sembler. It was followed with much interest by the media and the public, resulting in a magnificent stream of visitors which persisted until the last day of the exhibition and even exceeded the large number of visitors to the Berlin exhibition. Based on the experience gained in Rome and Berlin, in particular with regard to the enormous host of visitors of all generations, CAMERA WORK has cooperated with a professor of American history at the John F. Kennedy Institute of the Freie Universität Berlin to develop a comprehensive museum exhibition from the rich resources of photographs, official and private documents, and numerous memorabilia. © The Kennedys