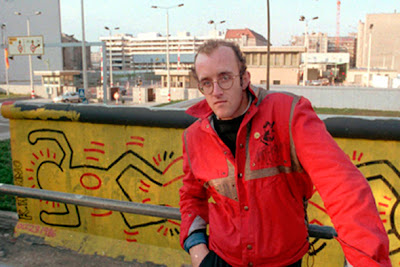 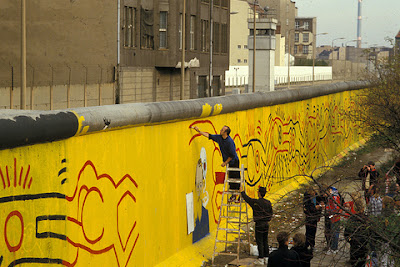 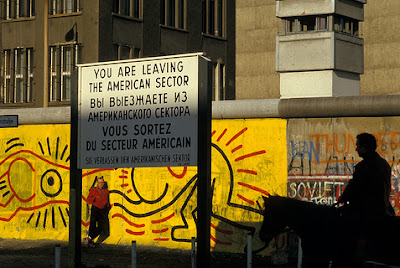 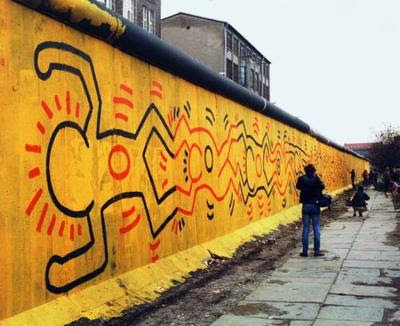 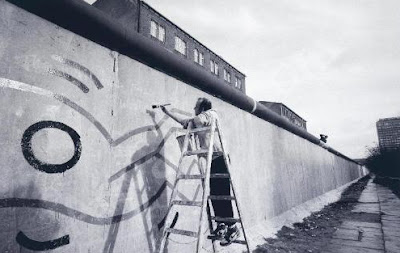 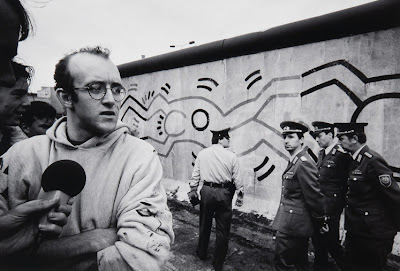 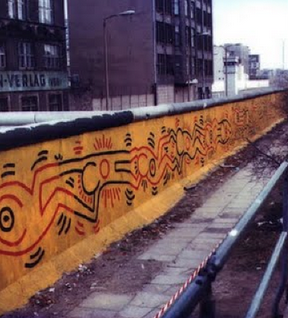 
In 1986 the Checkpoint Charlie Museum in West Berlin asked Keith to paint a 350 foot wall mural. It was a rousing media event. Writers from the New York Times, The Herald Tribune, Time and People Magazine, as well as, television networks from all over the world were there to get a glimpse of Keith at work. Keith spoke of this occasion for his authorized biography by John Gruen (Prentice Hall Press, 1991): “I decided on a subject, which is a continuous interlocking chain of human figures, who are connected at their hands and their feet –the chain obviously representing the unity of people as against the idea of the wall. I paint this in the colors of the German flag–black, red and yellow.” “When we return [the next day], someone has already begun to paint out part of what I’d done. The artist who did this is there, and he says that the wall should not be colorful or artistic. It should remain gray. Of course, what happens next is that most of my painting gets covered over, because now it’s become the most important painting to obliterate. I’m told there are only small fragments that remain as testimony of its former existence.”