Chert Berlin and Erik van der Weijde are delighted to announce the second solo show of the Dutch artist at the gallery. This equilibrium - of artist and gallery - symbolically opens up the main theme of the exhibition: the interaction between space and people; specifically, Oscar Niemeyer and the artist's wife, summarised into a series of architectural photographs and portraits. The artist uses photography as a tool to capture and collect images, but does not always use traditional photographic techniques in his output. Since his interest lies in the reproducibility of the medium, he often chooses to show his series in books. Thus the young woman's portraits that are featured in the exibition, are now grouped in the book "This is not my Wife", recently published by Rollo Press. The title is a clear reference to "ceci n'est pas une pipe", the sentence which opens up the entire surrealist world, whose revolutionary freedom and enchantment link the show directly to Niemeyer's architecture. Similarly, Niemeyer's buildings were mostly inspired by the female body and founded from sensual curves and silhouette drawings - a detail that van der Weijde remembers in a very personal and intimate way, creating another link of interaction between the two subjects. Where Oscar Niemeyer uses reinforced concrete to build his structures, van der Weijde uses the raster process - tiny dots that serve as building blocks - to construct his image. The concept and technique of offset printing, the transfer of ink passing through a fine mesh silkscreen, or the scanning of a laserbeam - all produce images that are built up from tiny dots. Finally, the installation in the gallery is a direct reference to the Lucio Costa and Brazilian pavilion at the 13th Milan Triennale in 1964. The project, entitled "Riposatevi" (meaning "relax"), brought together black and white architectural photography with coloured flags and hammocks, where visitors could lie down and relax. The artist has replicated the colours used in the flags on the underground walls of the gallery, while the hammocks have been substituted for the artist's wife's portraits, printed on transparent cloth.

Erik van der Weijde was born in the Netherlands in 1977. He studied at Gerrit Rietveld Academie, Amsterdam and has been living and working in the Netherlands and Natal, Brazil, since 2005. He is the founder of the publishing house 4478zine, a project initiated back in 2005. The foto.zine series has become an important side of Van der Weijde's artistic research, combining photos taken by the artist with found images and images belonging to other artists, who have been invited to collaborate. Besides publishing with his own publishing house, 4478 Zines, he has been producing books with Roma Publications (Amsterdam), Rollo press (Zurich), Edition Taube (Berlin) and Café Royal Books (London), among others. The exhibition "Niemeyer and my wife" coincides as well with the launch of his new publication "NIEMEYER", published by 4478zine and Rollo Press. Erik van der Weiijde's project "Niemeyer and my Wife" has captured the interest of Berlin's 5th European Month of Photography, organised by Kulturprojekte Berlin GmbH. This year's theme - curated by Katia Reich - is “The View Of The Other”, a concept that reflects on questions of construction: of personal and national identities, foreign cultures, colonialism and post-colonialism. In October, new photographs from the series"Bonsai" will be on view at Frieze Art Fair, London (Focus section, Chert gallery, Berlin). 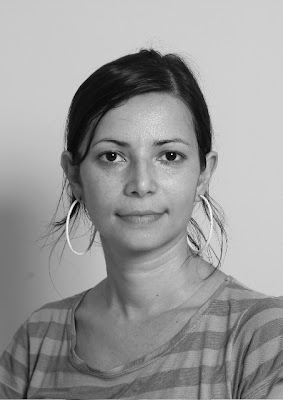 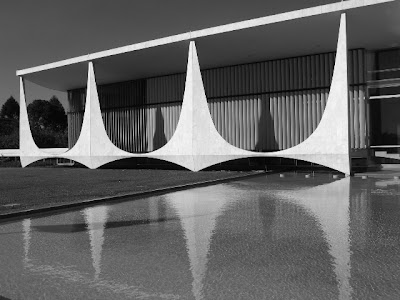